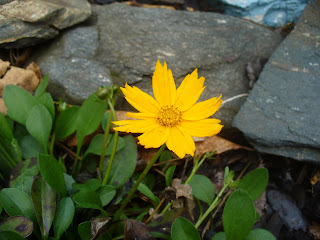 I'M SO ASHAMED! I had today's picture lined up yesterday. Yesterday. And I got caught up with dorm room happenings, hall council, and schoolwork that I completely skipped the post for today (well, yesterday, so I had the picture two days ago...whatever).

Picture: When I live by the garden and the sea

Background: Of course, me and my nature pictures always prevail. Before I began Project 365, I was taking many, many pictures of the flowers in the garden outside. I put up a lot of them on the internet to be viewed. I really like macro photos [taking pictures of things up close], and many of those pictures are flowers up close. I've actually been putting up my Project 365 photos in the same place, and I plan to put them all together some time in one big album. But that's later down the road when I finish this.

Speaking of the future when I finish this, I do have a few ideas of things to put up here. It won't be updated nearly as often, as I can't come up with material for 365 pictures, much less independent posts without pictures to blab on about. I think I've mentioned it here before, but I'm working on a story - I may post an excerpt or two, maybe, or at least a short synopsis explaining what it's about.

Last, but definitely not least, I've become an uncle again, for the 6th time! I'm heading up on Friday to go see my little niece. Can't wait!

today's video is probably the most amazing take on the pokemon series...
submitted for your eyeballs by Wes at 12:56 AM