Like most mornings, I really, really didn't want to get up. I don't know how I did it.

Background: I was in History class today after grabbing a school newspaper. I was flipping through it and began doing the crossword. I probably should've have since I was in the second row, but I was taking notes at the same time. I looked and saw a clue that said "Start of a quip by Abraham Lincoln: 5 wds." and thought I'd try out the method of circling all the quip clues like I know my mother does. So I circled three of them and saw the "End of the quip" clue, and circled it. Right after I did, I realized what number I had just circled. I just had to show it to my friend in that class (remember the picture of the Canon camera? Same person that held it). Good times were had by all involved. Though I'm kind of a jerk, according to her. She's probably right. 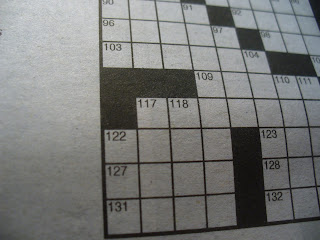 submitted for your eyeballs by Wes at 3:54 PM