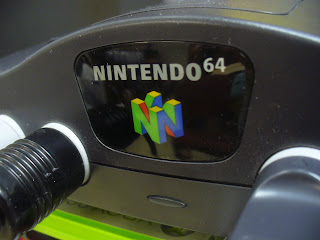 Background: Because my roommate persuaded me to play Super Smash Brothers on the N64 I brought to the dorm. He is too good at that game. I suck at that game. Other roommate does somewhat, but he's still better than me. We did a stock 1 game (1 life for each player) and both of us had to gang up on the good player to win (which I did eventually, hurray!). But that was the last game after he beat the crap out of us a few times. At least I'm better at everybody I know at Teeworlds! Ha!

today's video is all about morgan freeman...
submitted for your eyeballs by Wes at 12:40 AM