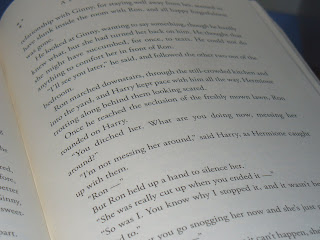 I'm late, big deal, you guys should probably be used to this by now...-ahem-

Background: I got this book back from my sister-in-law. She had been bugging me to lend it to her, and now she returned it. I had just finished reading the sixth one (this is the seventh) in my rereading of the series. I picked it up at sometime around 2pm, maybe a little later. And I read. All day. Until nearly two in the morning. I wanted to finish it, okay? At least I took a break to write the day's post! I didn't take a break from conquering an entire solar system to write this; I finished my conquest first. Their ships needed to explode, it's not my fault!

today's video is about getting in the slow lane...(nsfw)...
submitted for your eyeballs by Wes at 2:54 AM