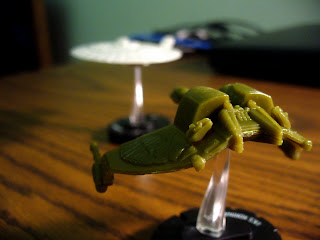 Isn't that the name of a band?

Background: I was asked by a friend to have a box wrapped up in my room. He didn't have space in his room to wrap it up. In the box was a game to do with Star Trek. I took out a pair of ships and took a couple pictures. Only a couple turned out to be any good, unfortunately. I was trying to hurry so he could wrap it up.

Nothing else to report, other than the fact that it was a cold and rainy day today. I also finished editing/fixing the chapters I had left of my little story. Hopefully I'll get more done soon. I guess I have another letter to vague people.

To someone who will probably never see this,

I can honestly say that I would not be disappointed if I never saw you again. I don't hate you (at least, not now), but I don't like you. I do hate what you put me through, but I'm over it as much as I can be. I can't even figure out how much of it was me and how much of it was you, but I'm okay with not knowing. Life goes on. I hope you change, though. You were self-destructive no matter what I did to help, and put me through hell for trying.

Well that was kind of a morbid letter. Here's another starship to cheer you up! 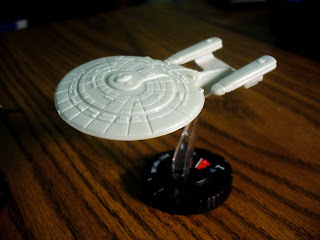 pew pew
submitted for your eyeballs by Wes at 5:38 PM