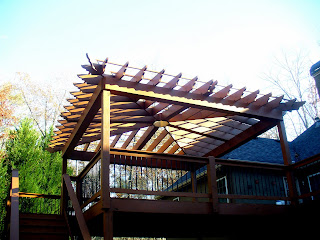 At least these pictures were taken on the correct date!

Thanksgiving was yesterday. Only 3/5 siblings showed up; one was up north and the other was sick (with a sick kid), so it was forgivable. I took time after the big dinner to grab some pictures of the pergola that I had forgotten when I was home last. A few of the guys decided to start talking about the OWS protests and the government and what was wrong with the world, so I decided that it was the best time to jet out of there. I sometimes feel like the only one who wants to listen to the entire story of both sides before making decisions on what I believe, or try to understand both viewpoints before saying that I think one is right and the other is wrong. Maybe some people in Washington could try that... 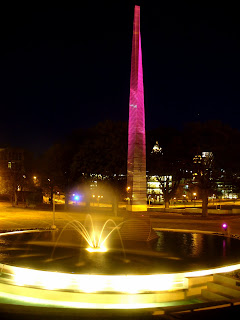 Anyway, to get off the pedastal, I thought a picture of the shaft at night was pretty cool. It was on my way to grab my uniform, which actually has to do with this next letter...

Dear Building that will never read this (guaranteed!),

You're great. I love you. You let me inside you whenever I want to play piano whenever I want. No, that wasn't an attempt at a dirty joke like so many that have passed through your doors have made. But yet, you listen to them and just keep sitting there like a friend. My only complaint is that you're so far away! Walking across a campus at night is no fun matter in the middle of a city, especially when I really didn't want to leave the comfort of my apartment to do something I could've done tomorrow morning. As it is, I can forgive you for being so far away because of the fun times that have happened because of you, like piano practice, band camp, even a Super Bowl party. Thanks for being there. 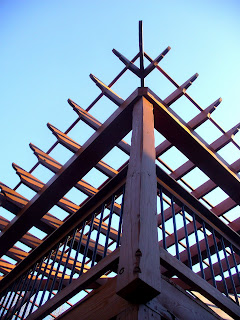 cool view, no?
submitted for your eyeballs by Wes at 7:38 PM

Email ThisBlogThis!Share to TwitterShare to FacebookShare to Pinterest
Includes: I wonder if anybody actually reads the tags, Tech, The Shaft, writing