I'll post today's later, okay? I've got a plan for it, and it involves a battleship.

Here's some pictures from the New Year's Eve party I went to! 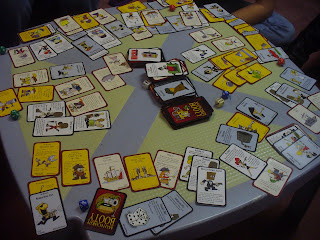 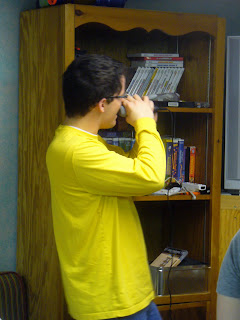 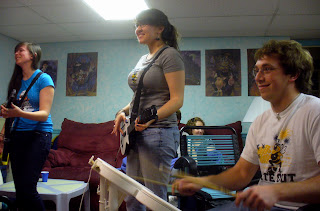 There was Munchkin, a card game that pokes fun at Dungeons and Dragons. There was also Rock Band. The AC/DC version of Rock Band, that is. I sang a song (horribly) as did some other people. Then we went to the nearby lake for festivities, including small fireworks, a telescope, a swing set, and fizzy drinks. Apparently there are fireworks that can be thrown into a lake, going off and making a poofing noise underneath the water.

I would've posted yesterday, but I had another party to go to with different people. Stranger people than those pictured above. We made lots of noise at Chilli's, then made even more noise at one of their houses afterward. It's a good thing his parents were home and trying to sleep, otherwise we would've been kicked out in no time or yelled at to shut up.

I know it's past Christmas, but the piano/guitar players had played this song at Mass and I love it.

Happy New Year!
submitted for your eyeballs by Wes at 1:23 PM