I was messing up the count earlier, and I owe you four pictures counting today's. Okay. It won't be too hard because it's Halloween soon! 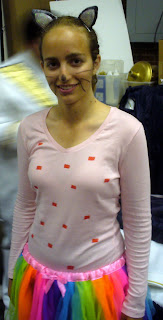 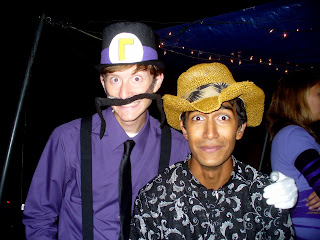 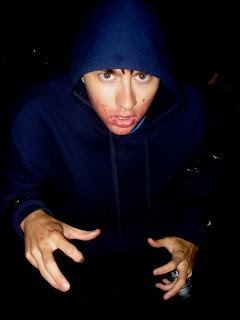 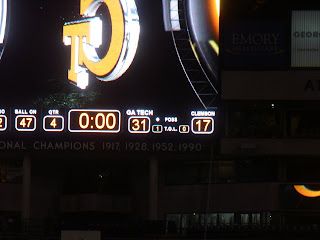 So what we have here is some friends! Nyancat, Waluigi, an Indian pirate, and a L4D hunter. That last one is me, too! There were some really cool costumes at the band party, including 99% protesters and a man in a suit holding a sign saying "I am the 1%", Link/Zelda couple, Britney Spears in her "crazy phase", Avatar, and others. Crazy cool.

Then there's that scoreboard. You see that? That's a win. Against the now 8-1 clemson tigers. By the means of our team. Victory tastes so sweet.

On top of that, I'm auditioning to be on Wheel of Fortune! So this weekend has been really awesome, and maybe Tuesday will be even better when I try out!

today's video also deals with clemson...
submitted for your eyeballs by Wes at 1:36 PM