Well, for the record, Monday and Tuesday were mostly uneventful. As was Wednesday. Except, it was cold on Wednesday. I hate the cold. And it was cold today, Thursday. But I get to wear my Apocalyptica gloves now! So all is not lost, yet I still hate the cold. Praying for a quick end to fall/winter/the early, cold part of spring already.

So, since Blogger messes up whenever I try several pictures next to each other, I'm going to go ahead and describe them to you. First was taken on Wednesday. The Pit has a thing about pineapples, and I think Erin may have missed Vet Appreciation Day. So instead, Erin went ahead and got her Vet this awesome cape. SuperVet, to the rescue!

Next, it's me again! I had to take a picture for my sister. My mother, sister, and I are all auditioning for Wheel of Fortune. Why? Well, why not? I've been watching it for ages, and I even called out a letter during a show when I was only a 1.5 years old. It'd be cool to appear on it!

Then, I present to you, PAPER! That's my two stories right there, a combined 61 pages of paper. I did some hardcore editing today (if you can call it "hardcore") in the Student Center. It was nice to sit down and just read/edit for once.

Finally, the healthiest my fridge has ever been. Dean's French Onion Dip, Dr. Pepper, and orange juice. I had to grab some things from Publix yesterday after band, and while I was there I decided to grab the orange juice. I keep finding myself lacking in something to drink with my ramen at night, and this works out better than Dr. Pepper.

So there you have it! Four pictures, four days. 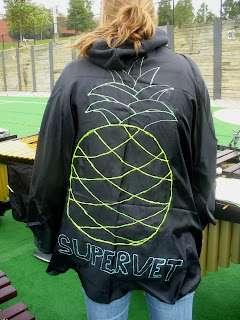 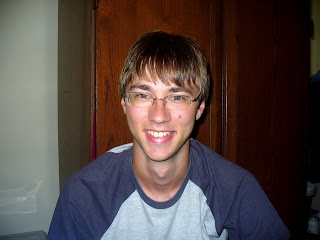 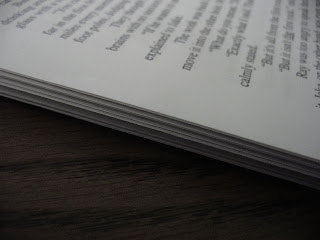 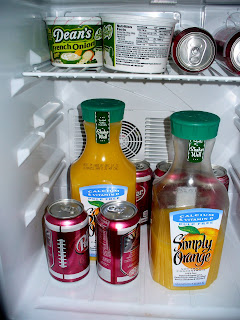 today's video is awesome physics...
submitted for your eyeballs by Wes at 12:32 AM