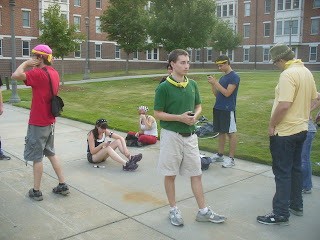 Okay, so here's the deal. Humans versus zombies was all last week, so I didn't get much done in terms of pictures, but I should have enough pictures from the week/other things to put up here. I don't feel like having to explain each one, but I just might.

First, we have zombies! I got tagged on Tuesday (bummmmmmer) but that let me go hang out with the cool kids for the rest of the game. This was before our escort mission on what I believe is Wednesday. I recognize four of the people in this picture. Probably should put this on FB. 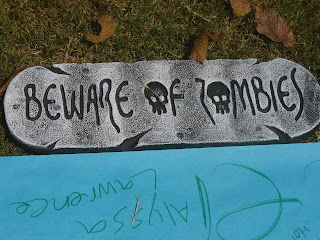 BEWARE OF ZOMBIES. At the sign in mission on Thursday. I banged my knee really, really hard at that mission. I had to go to the student health center afterward because I could barely walk. When I got there, though, I felt fine. It was fantastic. I'm feeling better now, so don't fret too much.

We dominated that mission, and nommed a few humans as well. 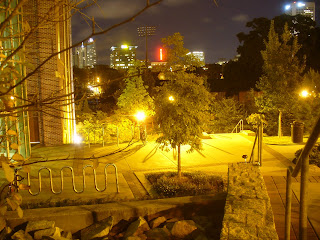 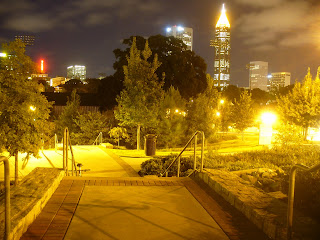 These two are right next to each other on the Thursday or Friday night mission. Usually my pictures in darkness turn out bad, but I was on some steps, so I could actually have my camera perfectly still. I set the exposure pretty high, and this is what came out of it. Probably my best night pictures, right here, but I'm not too keen on the yellow light. I feel like there's a setting somewhere on my camera that could fix it, but I have yet to actively look for it. 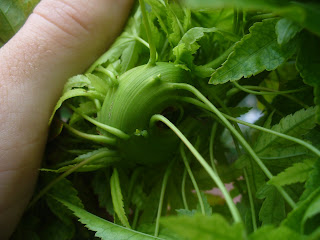 Now, there's this. It was branching off of a weird growth on a tree during one of the afternoon missions, near the President's office. There were two of these trees, and the other had nothing like this going on.

Biological experiment by some Tech student. 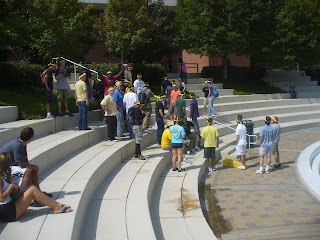 Now, ZOMBIE FINAL GROUP! This wasn't nearly as many as we actually had, from the looks of it. More came out later, I think. We had probably 100 or so zombies show up/be active during the final day. It was intense.


This would be one of the 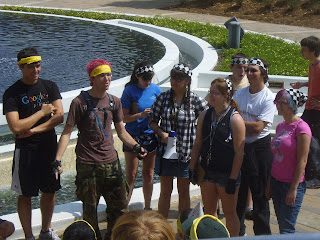 OZs making the final speech before the finale began. Yeah, there were two. I totally would've survived if they weren't so thorough about the whole "let's kill all the vet players" deal. Jerks.

...I still don't like you, Anthony. You and your Google+ shirt. 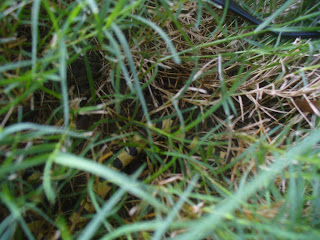 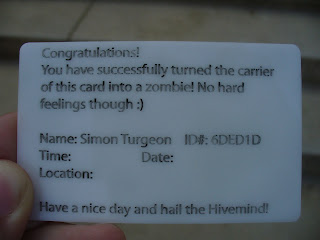 Just a snake and a laser printed player card. Both were things I didn't think I'd get to see during the game (I totally wanted to tag the guy with the laser printed card. SO damn awesome). 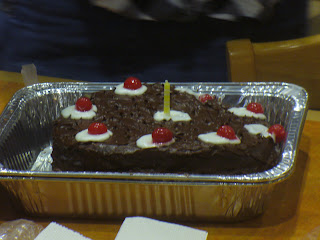 So yeah, asdgjasfblawr the picture of the Portal cake didn't turn out how I wanted it too, since it became a little fuzzy. But I still wanted a picture of it. So here it is! Baked by two of the readers who were getting on me for not updating.


Finally, we have the Horde. The picture still underestimates the true size of it nearing the end of the finale. The best part about the day was having everyone in a single quad, and two humans coming up stairs into sight. The entirety of the Horde charged out after them, which made me laugh pretty hard. It's a shame I didn't get a video of it, it was too awesome. 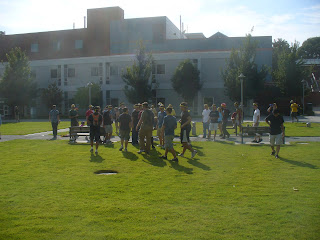 submitted for your eyeballs by Wes at 9:10 PM