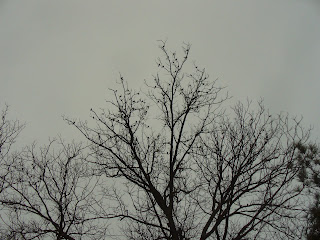 fffffff- Rushed post so I can get to work on the half a dozen things I need to do before tomorrow morning. Heavily considering skipping my morning class to get stuff done. :(

Picture: Something from an Alfred Hitchcock film, seemingly

Background: I was on my way to the dining hall and I looked up. Birds. Lots of them. There were more that flew around and past them. It was a bit creepy to see, but cool regardless. But if it wasn't for this, I never would've gotten a picture for today.

Went to Casino night (which was a partial mistake partial win). So it's later in the night than I wish it was. Right now I can count at least six things that I have to get done by 1:30pm tomorrow. And this Project 365 post is making me stresssssss. So just a song for today instead of a video. Because I'm lazy and hurried right now. Blargh!

today's video is pure acid...
submitted for your eyeballs by Wes at 8:11 PM