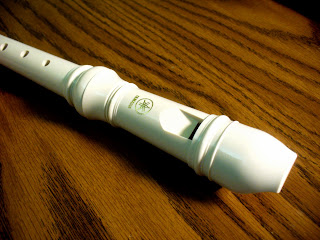 An hour or so late, but it's here!

Background: I had this sudden urge one day to play recorder. So I went to Amazon and ordered one. I actually haven't touched it much until these last few days. It has been an amazing distraction! I've learned a few songs on it already, including the greatest fight song ever written, Epona's song, and Tetris (it's still rough). My plan is that one day during finals week, I'm going to go around campus just playing the songs I've learned. I may walk right through the Student Center, in front of the library, who knows. I was even thinking about sitting on that ledge that you can reach from Skiles walkway, but I don't know.

It should make for good Finals Week shenanigans.

You're cruel. I was actually doing okay for your first three problems. You lured me into a false sense of security, then wham! You hit me with three more problems that have no sense to be made of them at all. You sicken me! I hope I never see you again.

Without love,
Wes
submitted for your eyeballs by Wes at 1:00 AM