Whew, it has been a long week! I think taking it one day at a time was what needed to happen.

Monday was my first test, so naturally I was studying Sunday night/Monday during work (when I had time). It went well, though it didn't feel that way right after taking it. We received it back today - the average was around 67-68 and I got an 85. Considering that was an A in the class so far, I was elated. Therefore, last week started off badly, but this week began well.

Tuesday and Wednesday were boring. I don't even remember anything major that happened on those days. Skipping ahead!

Thursday was the ASCE Career Fair. I talked to potential employers and discovered that I mostly have to do applications online. But I do have my resume in order, thanks to someone in the CE department who helps us students with things like presentations, documents, and resumes. I still have the draft of my marked up resume with all the proposed changes. I left the career fair a bit bummed, but seeing that I'm still only a second year, I suppose I shouldn't worry too much. I was hearing talk from others in line about how they've been to a few career fairs and they haven't found anything. I'm a bit concerned, but we'll see how that turns out.

Friday started fine, then turned out sucky. A decent portion of it was because I spilled my soda on my laptop! It got everywhere! I tried my best, but the keyboard is permanently stuck in the position of "I don't want to work". It's quite impressive. I've bought a USB keyboard to cope with the problem, and after much frustration and cleaning today, I believe it's fixed. So far tonight, after cleaning, I have had no problems working with the USB keyboard. I don't dare try with the laptop keys, since they have a tendency to not want to give any output on the screen.

The fun parts was that certain keys would do certain annoying tricks pre-cleaning. The S key would try to take a screenshot with OneNote, the N key opened up a side note, and the L key would lock the computer. Alt-tab wouldn't work (but windows key-tab would), and the e and y keys wouldn't type. It was all sorts of "fun".

Saturday was volunteer day for me! Math competition for middle schoolers. I realized that I can't do mental math as well as I used to, and it's a miracle I can still do any elementary math at all anymore. The room I was proctoring had a kid who's nose started bleeding near the very end of the last couple questions. I had to resort to giving him my towel (they really are the most useful things in the galaxy!) so he could clean up his hands. Even though he had a good flow of blood coming out, he still tried to keep going on the questions. He was a real trooper, it was cool. I wouldn't be surprised to see him strolling campus again one day. 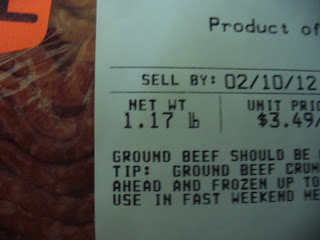 So that also explains the lack of posts. And because I found this while shopping the other day, I had to buy it. No questions asked. It was delicious.

Also, here's a fun little song for you to ingest.
submitted for your eyeballs by Wes at 1:02 AM